Hume Tennis had four teams represent the club in the 2018 Tennis Victoria Pennant compeition. Victorian Pennant is the largest inter-competition in Australia and has clubs from all over Melbourne competing.

The 2018 season saw Hume enter 3 ladies teams (Grade 1, Grade 4 and Grade 5) and one men’s team. The ladies teams were a standout with all teams making the finals and the mens team making a late charge for the finals – but just missing out. 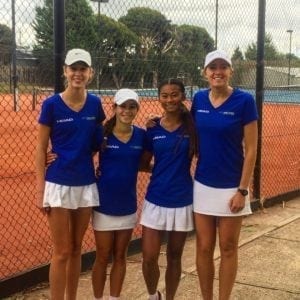 Our Grade 1 ladies team finished 2nd on the ladder and won through to the knockout finals round where they lost in the semi-finals to the 2017 Grade 1 winners, Geelong Indoor, by just 4 games. The team was captained by Lisa Whybourn (Hume TC coach) -who led our promising junior female players. Leann Serna (14 years) played at the number 2 spot and did not lose a singles match all year. Emily Ioannou and Breanna Ceresa played at the number 3 and 4 spots respectively in the finals – with both girls competing admirably. Lisa was disappointed to lose such a close match in the semi-finals but was thrilled with how all the younger girls played throughout the season. “To give the girls the opportunity to play such a high level of tennis and to see how they competed was so pleasing. We had some the girls play up from Grade 4 and they did so well also. At the start of the year we had no idea how we would go and for the team to get to the semi-finals was great.” Whybourn said. 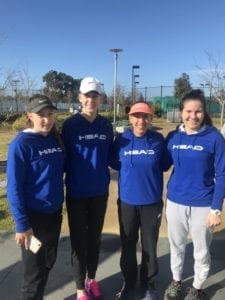 The Grade 4 ladies team was just as impressive – also losing in the semi-finals of the knockout rounds. Made up of players mainly under 16 years of age the team competed against much older and seasoned opponents. The team hardly lost a match all season and was looking good to take out the whole event and bring Hume’s its first Victorian pennant. Unfortunately the team lost a few key players through the season which meant the challenge became just that too tough. Hayley Sibbald played at Number 1 and won all singles matches for the season. She was supported admirably by Mystique and Maja who also had rewarding seasons.

The Grade 5 team was the surprise packet of the year – starting the season off very slowly and sitting on the bottom of the ladder after the first few rounds. All of a sudden they got comfortable and went on a winning streak. On the way they beat every team on the ladder and ended up finishing fourth – that meant they qualified for

finals. Unfortunately due to their sluggish start they had to play Geelong Lawn in the first final (who finished on top) and just came up short. With most of the team celebrating birthdays on the other side of thirty and never playing singles before – this team was awesome. As with the challenges of team competition many of them also filled in the Grade 4 team where they all did so well.

The Mens Pennant team also had a sluggish start to the year – but after a few rounds started to get their mojo on. The team had representation of players from around Craigieburn and from the country. James Connelly who managed the team said, “while we had a few challenges at the start of the season by the end of the season the team was competing extremely well. With many of the players having their first start in Victorian Pennant – the way the finished off the year means the 2019 season shows a lot of promise.”

On Friday September 21st from 6pm Hume Tennis will be having a Pennant Presentation night and also a Fast 4 Doubles competition – to celebrate the great effort of the 2018 Pennant Teams. Anyone who would like to come down and have a hit is more than welcome. To book in for the Fast 4 doubles – please call the office 1300 486 382 – entry is just $5.00. 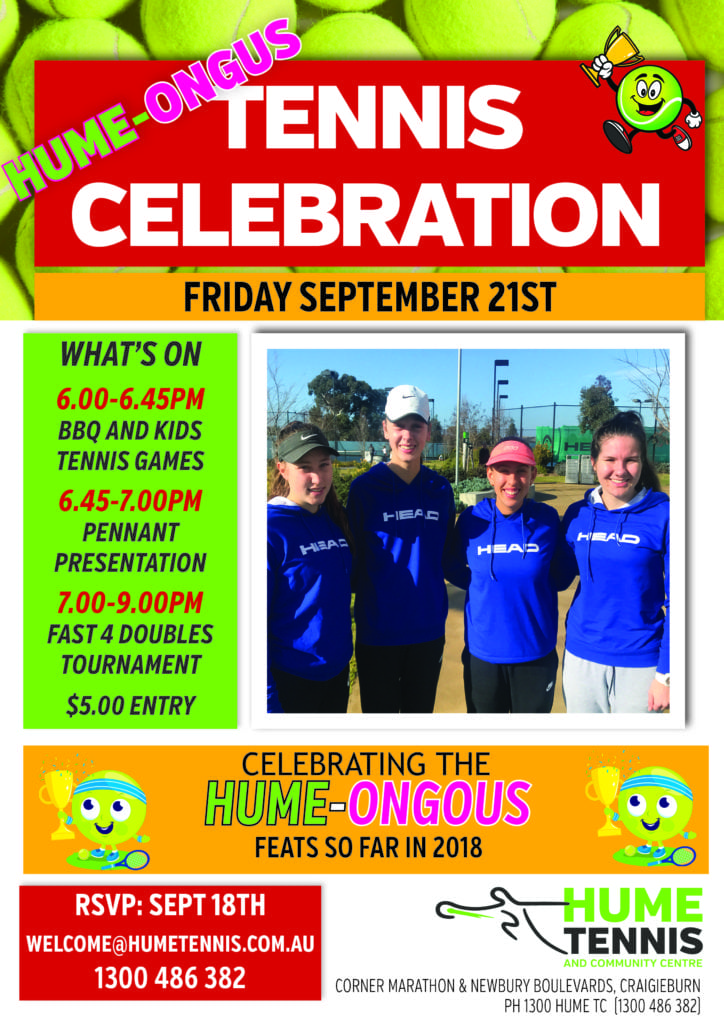 This message is only visible to admins.

Error: (#10) To use "Page Public Content Access", your use of this endpoint must be reviewed and approved by Facebook.
Solution: See here for how to solve this error

@aitkencreekps throughout the year have all school 1100 of the school children participate in the @sportingschools tennis 🎾 program @humetc . @dan_masssa coordinated the program with @joey_mus01 the schools long term PE teacher. The program is into its 6th year with many children from the school now representing the club in @nsjta junior competition. #TennisParadise ... See MoreSee Less

Share on FacebookShare on TwitterShare on Linked InShare by Email

Share on FacebookShare on TwitterShare on Linked InShare by Email